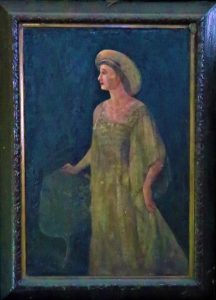 During the colonial period of British when Sir Arthur Havelock was the Governor of Ceylon (1890-1895), one of  his greatest achievements was making available many advances and new opportunities in medical science to the island’s inhabitants. Until the 19th Century, children were treated as miniature adults before pediatrics emerged as a specialty.

History began when George Wall, a tea planter and philanthropist, discussed with Lady Havelock the innovative idea of creating a separate hospital for women and children. Enthused, Lady Havelock headed a committee to raise funds from the public, which amounted to 46,000 rupees. Consequently, on January 18th, 1895, the Governor laid the foundation stone for a 50 bed hospital of what was to be called the Lady Havelock Hospital for Women and Children (LHH). So one chief medical institution for which this Governor was officially responsible, although his wife proved the impetus, was the Children’s Hospital. It took over a year to build, by which time sir Arthur Havelock had been succeeded as Governor by Sir Joseph West Ridgeway.

1896, October 12 – The first lady, Lady Lina Ridgeway ceremonially opened the “Lady Havelock Hospital for Women and Children”, in honor of the former governor’s wife, who rendered her fullest support and encouragement towards this venture.

26th February 1909 Sir Henry Edward McCallum, the Governor of Ceylon Laid the foundation stone  for Construction of a separate block for children. The building was erected with public subscriptions and the former first Lady Ridgeway had been energetic in fund raising for this project.

27th September 1910 Ceremonial opening of the new section, the Lady Ridgeway block for the Children. In 1937 The qualified pediatrician for the hospital Dr. L.O Abeyrathne was appointed as the Physician and the medical Officer in Charge of the Hospital.

1950 -After independence in 1948 the Ministry of Health adopted plans to progressively reconstruct the LRH. The first wing of the new hospital containing new ward was open in 1950.

1954 – The Lady Havelock Hospital ceased to exist when the nearby Castle Street Hospital for women opened, but Lady Ridgeway Hospital went on from strength to strength.

1957 – Out Patient Department of the LRH was opened

2000 – A nine-storey new wing of the hospital, funded by the Chinese government was opened.